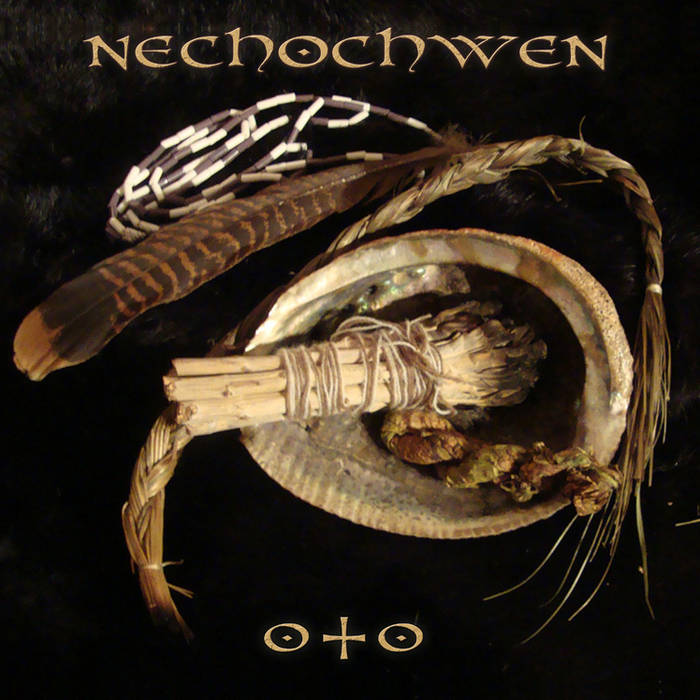 Mostly Metal So much to love here! Favorite track: Otomen'pe (Our Ancestors).

The members of Nechochwen are proud to have our newest material released by Bindrune Recordings in the form of an LP titled Oto. Where previous releases have been rooted in the historic and ancient past, Oto focuses on the guidance our ancestors bring to us in modern times. The album title could be called ‘Ancestor’ in English.

Nechochwen : We consider this third Nechochwen album to be a double EP with Side A taking an organic, acoustic route and Side B shifting to an aggressive metal assault. The focus of this album is quite simple: ancestral wisdom and Native tradition is relevant and important in our overly complex and distracting present world. Never has man been so disconnected from the very soil he walks on. Just as there are two sides to this LP, there are two sides to all of us. One is at peace with our surroundings and the other attempts to conquer them. This album is a tribute to the balanced, ancestral self.

Pohonasin : Oto, in both conception and inception, is paradoxical in nature. It is the proverbial thread of the past thrust through the eye of the needle that is what we call the present day; a musical time machine that seamlessly shifts between two worlds that could be considered equally shrouded in obscurity. Visually, the title O+O invokes a sense of symmetry. Like a human face, it looks equal on both sides. But upon closer inspection, symmetry is but an illusion. Each side holds its own discerning features. Such is the case with this volume of Nechochwen. Two distinctly different notes of the same chord, embraced in a confluence of harmony.

Recorded in sessions from March to November 2011 at Sacred Sound, Martin's Ferry, Ohio. Produced and engineered by Nechochwen and Pohonasin.