Get fresh music recommendations delivered to your inbox every Friday.
We've updated our Terms of Use. You can review the changes here.

from Azimuths To The Otherworld by Nechochwen 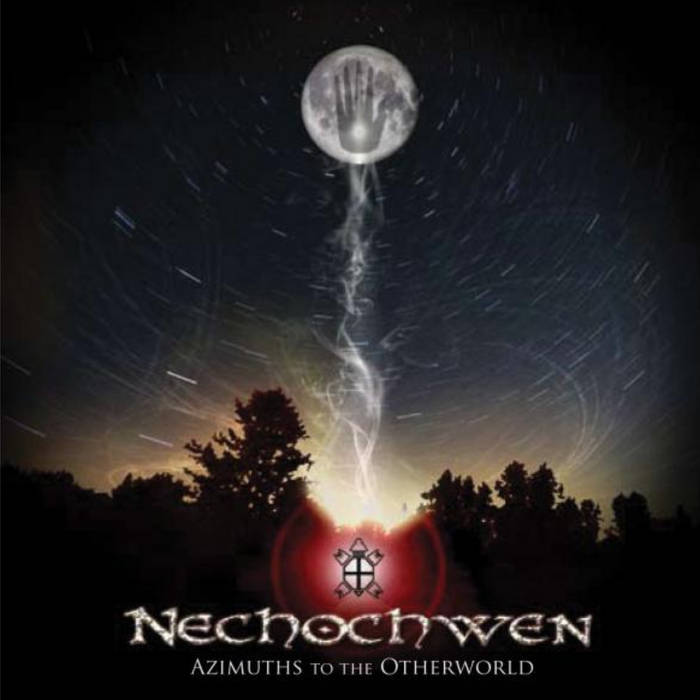 A. The Turtle Effigy

This first "Effigy" for guitar ensemble is inspired by the turtle-shaped stone tablet found in a mound in West Virginia. The complete story of the tablet's function is not fully known. This piece is dedicated to the memory of Sean Adam Ziarko. I hope your distorted bass is thundering through the Otherworld for all time.

B. The Adena Pipe

The Adena Pipe is the only concrete evidence we have to show us what Adena clothing may have looked like. Some experts believe the Ohio pipestone pipe is an effigy of a dwarf man because of the distinct proportions; it has short legs and a very long torso. It is artistically significant in its smooth, refined shape and also provides evidence that mound builders probably stretched their earlobes and used feathers in clothing. Most Adena artifacts unearthed from mounds were broken into pieces. They are believed to have been ritualistically "killed" when their owners died, buth the Adena Pipe was found intact and is one of the only human effigies of its kind. Its appearance is striking and unforgettable. For a seven inch tall statue, its historical significance is monolithic.

One of the mounds concealed and effigy, or "wand" that had been carved into the shape of a mushroom. When it was unearthed, scientists determined that the type of mushroom it represented was of the Amanita genus, These mushrooms are poisonous and hallucinogenic, and it is believed that these hallucinations were a large part of the Mound Builders' ceremonies.

Modern-day ingestion of these mushrooms is considered recreational, dangerous, and illegal; to ancient cultures, the visions brought forth by the amanitas must have been a "window" to the Otherworld. Hallucinations were like reflections in mirror-like mica sheets; they could be experienced but not fully grasped. Some think that the Adena used these mushrooms to "become" an animal such as a wolf or a deer in ceremonies.

Weeping Eye motifs have been found in many locations and throughout many eras. It was a particularly common feature of mound builder artifacts and petroglyphs. I don't pretend to know exactly what it meant to ancient people but I've always found those eyes to be captivating and haunting.

from Azimuths To The Otherworld, released January 10, 2010